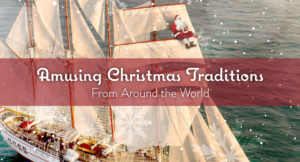 Unbelievable and Amusing Christmas Traditions from Around the World

Christmas may be a season that we are familiar with having spent it year after year with our family and friends. But did you know that some of the traditions around the world are unique and are borrowed by other religions and cultures? Here are some of the most interesting ones that we have put together for you.

Christmas trees are usually the center of the season and they come in various forms, shapes, and sizes; usually using evergreens like fir, pine, and spruce. Queen Victoria with Germany’s King Albert popularized this tradition when a sketch of her family sitting beside a decorated Christmas tree was published in the Illustrated London in 1846. Traditionally, evergreens are put up as a reminder to people that spring would return or in honor of the god of agriculture. Apples were used as decorations by Christians and called it “Paradise Trees” to represent the Garden of Eden on Adam and Eve’s day on December 24.

Originally, Advent is a four week period beginning on a Sunday nearest to the feast day of Saint Andrew the Apostle, following three Sundays for converts to prepare for Baptism. Back in the 1920s, a German, Gerhard Lang added doors to it while short Bible verses and traditional pictures were added behind the doors in the 1930s. Today, people countdown starting from December 1 to Christ’s Birth and many advent calendars in the market focus on the non-religious aspects of Christmas with a small gift each day, ranging from decadent gifts to boxes filled with chocolate treats or even wine. Recently, Tiffany & Co. came up with the most expensive advent calendar with a whopping price of SGD$180,000 and only 4 made to snatch. 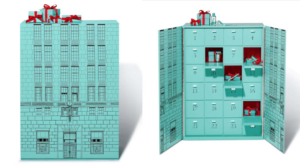 In Sweden, the residents sit with their family in front of their television at 3pm on Christmas eve to watch the 1958 Walt Disney Christmas special: Kalle Anka och hans vänner önskar God Jul “Donald Duck and his friends wish you a Merry Christmas”. This tradition Kalle Anka of over 60 years is reminisced by people gathering around the fireplace and listening to fairy tales and remained the top 5 most-watched programs of the year. There have been many protests across the country whenever the notion to cancel the show is raised.

“Kurisumasu ni wa kentakkii!” (“For Christmas it’s Kentucky!)”
Sure enough, this jingle will be no stranger to the Japanese who have spent their Christmas with KFC and its spread since the 70s. This traditional jingle was created by a foreigner, who worked in one of their Tokyo stores. This tradition has taken over since and the month of December became the busiest period for KFC. So if you want to indulge in some Christmas fried chicken in the country, be very prepared to queue over an hour or just have it ordered in advance.

Whichever tradition you may have grown up with, let us make you and your loved ones feel at home onboard the Royal Albatross this Christmas and start your own traditions and memories with us. 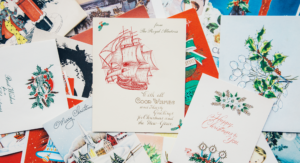