Singapore gets a rare treat as she gets transported back to the golden age of discovery yet again with the presence of not one but two traditionally rigged class A barquentine tall ships.

Interested to find out more about the two ships? Here’s a brief summary:

The Esmeralda a.k.a The White Lady

The Esmeralda is a Chilean Sailing Ship originally built to become a sail training ship of the Spanish Army. She was launched in 1954 and is an ambassador for Chili. Her deck holds 4x 57mm ceremonial gun mounts. She is the world’s second-tallest tall ship. The Esmeralda is unavailable for private bookings. 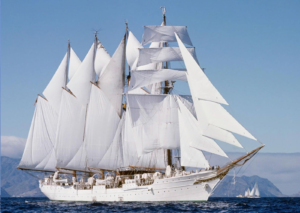 The Royal Albatross is a luxury sailing tall ship made with the finest woodwork onboard the ship with a handmade cork deck. Originally built in 2001 the ship was reconstructed from a training vessel with over 360,000 man hours invested in recreating the ultimate luxury experience at Sea. The Royal Albatross is the largest luxury tall ship available for private hire and run regular dinner cruises on Fridays and over the weekends. 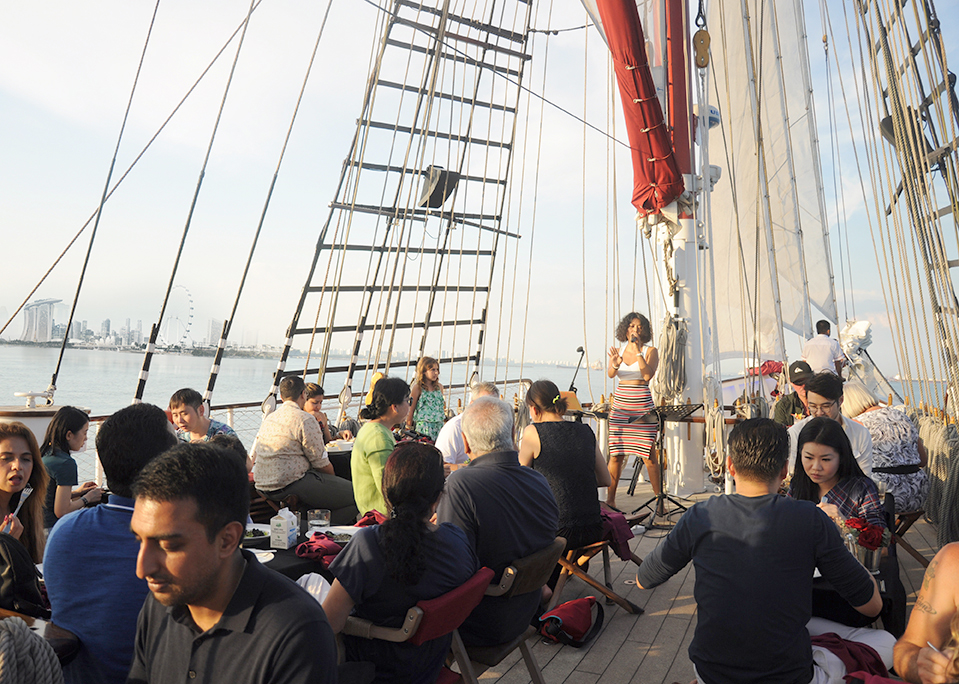 Planning your dates around visiting both tall ships? Why not pay a visit to Esmeralda followed by a nice Dinner and Cruise along the Sentosa shoreline on the Royal Albatross.A perfect match for a great weekend for Tall ship fans! See you onboard soon!