Mid-autumn festival is a great time in the year where families gather together for dinner, mooncakes, the lighting of lanterns and most importantly moon gazing! Here is all you need to know about mid autumn festival and what you can look out for when you are sailing with us during the nights of September 13 – September 15.

The legends and the tales

The rabbit and the moon

In one of the tales, buddha had disguised himself as a hungry old man that approached three different animals. The monkey, a fox and a rabbit for help. The fox ran to catch a fish, the monkey went to pluck some fruits from a nearby tree. But it was only the rabbit that had sacrificed itself by throwing itself into the fire so that buddha would have something to eat. Moved by the action of the rabbit, he sent the rabbit to the moon for all to see.

The imperial guard and his wife

Hou Yi was a formidable archer who was a member of the imperial guard saved earth from scorching fire by shooting down 9 of the 10 suns that were circling the earth. Through his chivalry, he was crowned as king and was given the elixir of life. He soon married a beautiful princess named Chang-E. Hou Yi gave the elixir of life to Chang-E for safekeeping and one tragic day Feng Meng stormed into Hou Yi’s home and forced Chang-E to give him the elixir. In despair, Chang-E consumed the elixir and ascended into the moon becoming the moon goddess and was separated from Hou Yi forever.
The queen mother of the western paradise seeing that Hou Yi was in despair gave him a special talisman that allowed him to visit Chang-E on the 15th of every month during the full moon.

A time for reunion & finding love

Sailing on the royal albatross is already a magical experience by itself, being right under the stars and the luxurious sails. But for a few nights some our lucky guests will get an extra treat to view the moon in all its beauty and fullness! Making that night extra special! 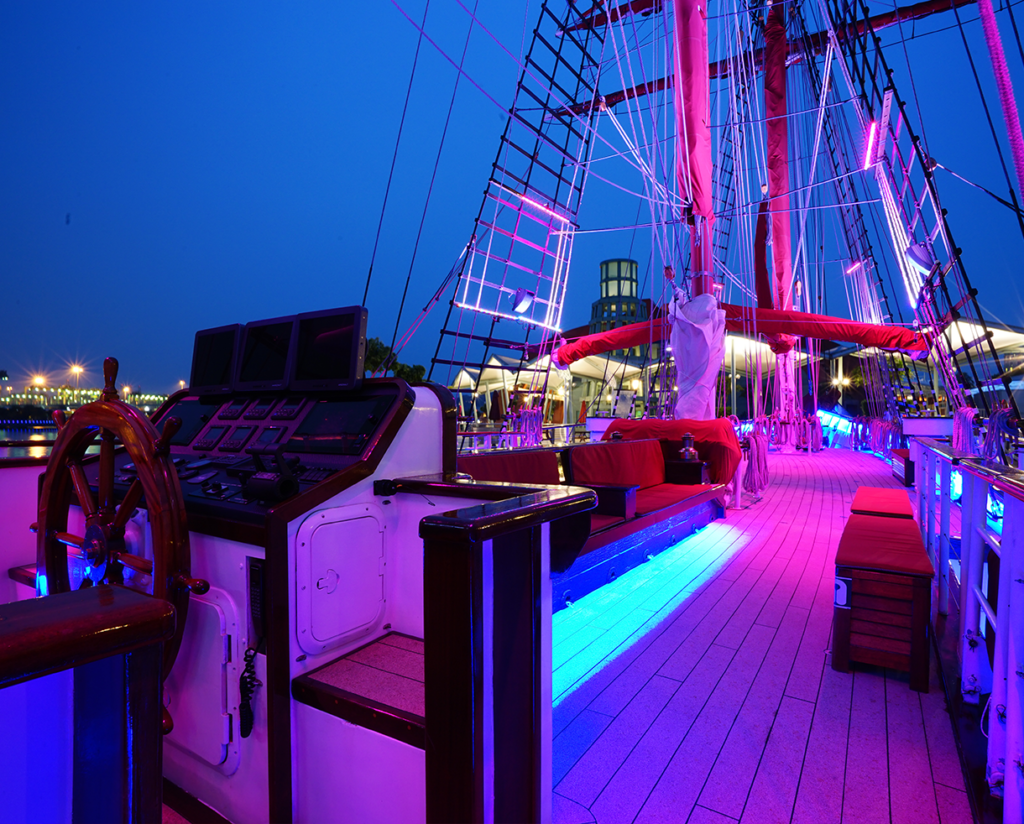 Moon gazing schedule on board the Royal Albatross

The last stage of the full moon before it slowly grows smaller each day. The moon during this time will be at 98% illumination and can still be seen during the early daylight hours.

We can’t decide which is a more beautiful sight. A full moon, fireworks or the company of the one that you love. You can decide and let us know. Check out our sailing schedule today and see you onboard The Royal Albatross!